How many times do we try to lose weight in the New Year only to give up by Easter because we just cannot continue with the calorie and/or carb counting and because, let’s be honest, we are so fed up with it all? We become disheartened, we feel hungry all the time and all we think about is what we can and can’t eat.

In 1996 and 1998 I had more babies. I already had two children but I had remarried and Hubby Number 2 did not have any children of his own. So, despite my advancing years (well in the eyes of the doctors I was positively geriatric!) I agreed to have a baby. Note: “a” baby! But I ended up having two, only 21 months apart! Result: I went up two dress sizes in two years.

And all I’ve lost is two weeks!”

It was tough. I had always been naturally slim, due to small bones, a healthy diet (well most of the time) and being above average height for a UK female at 5ft 5. I had never had to worry about losing weight before. I was also very conscious of the age gap between me and my “younger man” and of course trying to lose the baby flab was tougher because of my age. It did not help that I had only just got back playing tennis when I found out I was pregnant again – although I did carry on playing until I was nearly seven months gone with baby number 4.

Becoming pregnant when you have a 13 month old is hardly the best way to get your body back into shape. I never got back to my normal size 10 (US: 8) between baby number 3 and 4 and having a nine pounder the last time (AND it was a home birth) did not exactly help either.

It was not until two years ago that a suggestion by a Homeopathic doctor set me on the path to permanent weight loss and I finally got back to a UK size 10 and it did not cost me a single penny (cent)!

So how did I do it? I went on a wheat-free diet.

Contents at a Glance

7 Day Meal Planner. Discover How To Plan For Success Top 10 Weight Loss Tips Are Organic Foods Really Worth It? I Am aj2008 Auditory Processing Disorder Otosclerosis – a disease of the middle ear

Why write a lens about weight loss – a topic that has been done to death on the internet and on Squidoo?

This lens is a departure for me and something of an experiment.

Type “lose weight” into the search box on Squidoo and as of today (08 January 2009) you will get 999 lenses but hardly any are in the top 2000. I clicked on the first few lenses in the list and did not find one that is making a genuine personal recommendation about the weight loss systems and e-books that are featured. 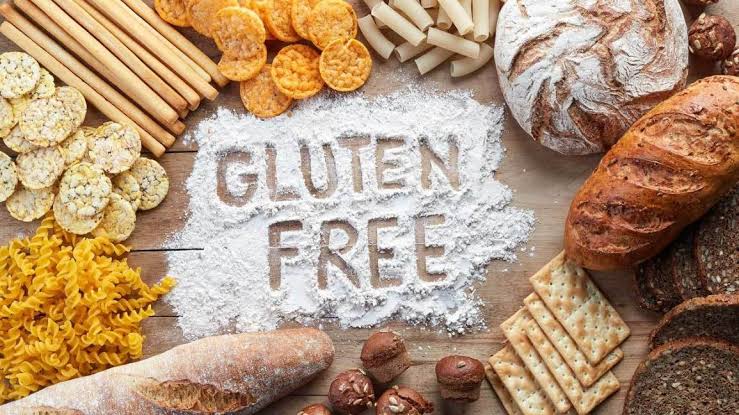 This lens does not recommend any e-books but it does tell you how to lose weight on a wheat-free diet – a method that I have personally tried and it will not cost you a penny. Losing weight the way I did it does not depend on you buying anything. The books I have listed are simply those I have found to show how many recipe books are available.

So why the “experiment”?

“Lose weight” was an extremely popular search term on Yahoo in the UK in 2008. So I want to see what my lens will achieve using this as a keyword. I have never published a lens like this before and I am curious to see what happens……

And I wanted to lose weight!

I was consulting a Homeopath who had cured my asthma. Up until 2006, the only way I could control my asthma was with steroid inhalers but this Homeopath sorted me out and it is now three years since I have ingested any steroids.

However, my overall health was still not brilliant. I was low because I just could not shift the final half a stone I wanted to lose. I was bloated a lot of the time. I was permanently tired and sometimes I thought I could belch for England! Not very ladylike I know but there you are!

My “normal” Doctors would just tell me that having had two children so close together and “at your time of life”, as well as working was the reason why I was tired all the time but I know my body and I just knew something was not quite right.

So I took myself off to my Homeopath and we went through everything – that’s the thing about Homeopaths – they leave no stone unturned. They wont treat the symptoms until they have worked out what the cause is.

Finally, she said: “Hmm, have you tried giving up wheat?”

Well, actually no and that was that. I became wheat-free and I lost that eight pounds. More importantly I kept it off!

Was it easy? NO! It certainly took some adjustment to make my diet wheat free, but here is how I did it and you may be able to do it too!

Oh no, not another diet! (Great fridge magnet!)

Mommy’s on a Diet

Why will it help you to lose weight?

In an article in The Independent, Dr NIck Avery, a former General Practitioner who now runs the Centre for the Study of Complementary Medicine and is the consultant for Boots (UK Chemist) on homeopathy said:

You have to remember that Stone Age man didn’t eat wheat. It was introduced only 10,000 years ago with the cultivation of crops. Which is relatively recent compared to the diet of millions of years ago, for which our bodies are better adapted – nuts, berries, fruits. We overdose on wheat and end up eating it for breakfast, lunch and dinner – toast, sandwiches, a pizza. It’s too much.

Dr Avery believes that not enough is yet known of what exactly in wheat is triggering the symptoms he sees in his patients, but like many practitioners of Complimentary Medicine he is suspicious of the chemicals used to grow wheat today, as well as modern processing and the preservatives that are used in British bread-making. He also said:

My patients give up wheat and feel a lot better, then they go to Paris for a romantic weekend, eat baguettes – and say they’re OK! Over there baguettes are baked fresh twice a day; here you can get a loaf that keeps for seven days in the supermarket.

And it is not necessarily to lose weight

As Dr Avery said, man did not evolve to eat wheat. Man evolved to eat fruit, vegetable nuts and berries. Bread did not exist when man first walked the earth!

And it is gluten free as well

Needing to eat only gluten-free, or wheat-free foods shouldn’t mean going without the good stuff or restricting your diet to boring meals. You CAN enjoy lots of yummy (if not entirely healthy) treats and goodies!

Many recipes can easily be adapted to be made wheat-free. But if you need some help with your wheat free dieting, then here’s a selection of the books available

Loading...
Newer Post
Does Your Heart Stop Beating When You Sneeze?
Older Post
Belly Fat loss – Check Uut These Tips For How To Burn Belly Fat