Red wine is well known for its ability to lower blood pressure, which helps reduce the risk of cardiovascular disease, but a recent scientific study c

Red wine is well known for its ability to lower blood pressure, which helps reduce the risk of cardiovascular disease, but a recent scientific study conducted in Spain suggest that the health benefit does not actually come from the alcohol content. 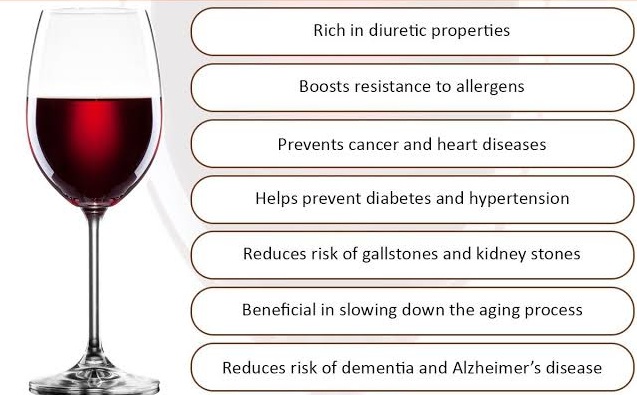 The researchers concluded that the effects of red wine on blood pressure have nothing to do with the alcohol content. Instead, they concluded that the benefits actually come from chemicals called polyphenols that are present in red wine with or without alcohol. They even suggested that the presence of alcohol might limit the benefits of the polyphenols, as the blood pressure of the participants fell more when drinking the alcohol-free red wine than when they drank the red wine with alcohol.

The lead author of the summary published in Circulation Research, Gemma Chiva-Branch, stated that there are many cardiovascular benefits associated with drinking red wine, and that their study only focused on lowering blood pressure. Its results have no bearing on these other benefits. Other beneficial chemicals, such as resveratrol and other anti-oxidants, may increase levels of good cholesterol in the blood, and protect against artery damage. The presence of alcohol in the wine might help these effects. However, if you are just looking to lower your blood pressure then drinking alcohol-free red wine may be an effective step to take. If you want to limit your alcohol intake and lower your blood pressure, then drinking alcohol-free red wine is right the way to go.You May Also Be Interested In These ArticlesAdding Milk Destroys The Benefits Of Tea

Tea is one of the most popular drinks in the world. Apart from water, nothing …Why Staying Healthy Is Important

In today’s busy world, living a healthy lifestyle is very important. No matter what your …Health Benefits of Coffee

The ancient debate if coffee is good or bad for health has lasted for decades. …Does Your Heart Stop Beating When You Sneeze?

You might have heard of that old saying that your heart stops when you sneeze. …Share this: