Does Your Heart Stop Beating When You Sneeze?

You might have heard of that old saying that your heart stops when you sneeze. It’s an old wives tale that’s been retold for countless generations, bu

You might have heard of that old saying that your heart stops when you sneeze. It’s an old wives tale that’s been retold for countless generations, but you have to wonder if there’s any truth to that. Surprisingly, having your heart skip a beat as you sneeze isn’t as far-fetched as you might think.

Most people draw a deep breath just before they sneeze. This has the effect of increasing pressure inside the chest while inhibiting blood flow to the heart for just a brief moment. This brief cessation of blood flow momentarily lowers your blood pressure and increases your heart rate. As you exhale, the opposite happens – your blood pressure increases in your heart rate goes down.

Meanwhile, your sneezing reaction stimulates what is known as the vagus nerve, which travels from the brain to the abdomen. Whenever this particular nerve stimulated, the body is prompted to reduce the heart rate. Sneezing, along with gagging and coughing can trigger the vagus nerve in the slowing the heart, which often causes the brain to slow down or even stop the heart for just a brief moment. In most cases, stimulation of this nerve usually causes the heart to skip a beat. 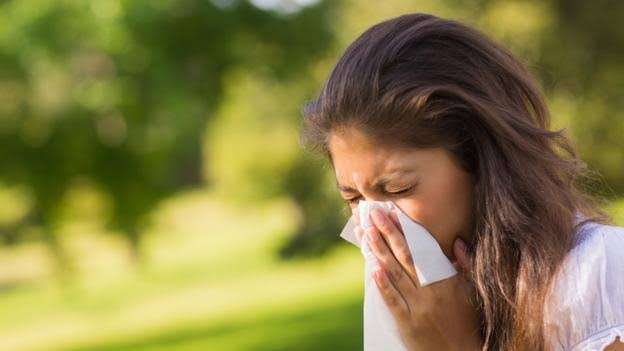 According to cardiothoracic surgeon Dr. Christopher Magovern of the Morristown Medical Center in New Jersey, it is not the actual sneeze that has anything to do with the heart skipping a beat. Dr. Magovern explains that it “increases vagal tone, and that stimulation causes your brain to program your heart to slow down. Your heart can slow down, skip a beat, or stop momentarily. But it resumes.”

In the vast majority of cases, this particular phenomenon goes unnoticed. But in rare cases, a person who sneezes can experience something known as sneeze syncope, a condition where sneezing slows the heart rate or lowers the blood pressure to the point at which a person passes out. People with congenital heart abnormalities or those taking beta blockers and other heart related medications may also develop an exaggerated sneeze or cough response.

In short, it seems that there is a small kernel of truth in an old wives tale – your heart does stop, if only for a split second, whenever you sneeze. This is just one of the many things that makes the human body such a fascinating specimen for scientists to study.